Good morning. Today is end of month, so please be careful about re-balancing at London fixing.

Last Friday, Japanese Prime Minister Abe announced his resignation. With the announcement of his resignation, there was a growing caution that the strong monetary easing policy called “Abenomics” might change, and JPY was bought significantly in the Tokyo and European markets. USDJPY has dropped 175 pips and closed the week at around 105.36.

Anyway USDJPY was sold a lot. In the H1 chart below, We can see support line around 105.10. 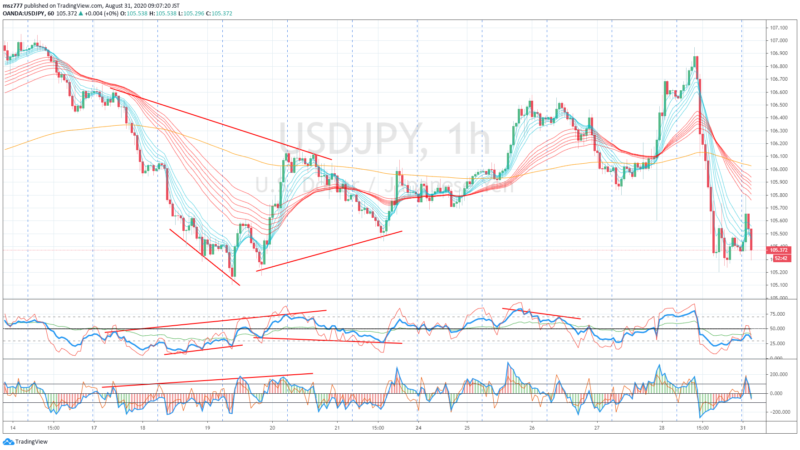 FRB Chairman Mr. Powell’s speech at the day before (Jackson Hall) showed that monetary easing policy would be maintained for long term.
US 10-year bond yields rose to 0.7868% in early European markets, but in US market, bonds were bought by steady situation in US stocks, and the yield fell to 0.7113%.
EURUSD rose above the level of upward spike during Mr. Powell’s speech the day before, temporarily rising to around 1.1920 in European market, ending the week’s trading at 1.1904. AUDUSD and GBPUSD rose to 0.736 and 1.335 respectively.

In short term USD will be influenced by long-term interest rate movements, but in the long-term USD depreciation will remain unchanged. I entered long position of EURUSD in European time on Friday, after that partly took profit, and partly remained. I did not sell USDJPY behind the plunge, and there is no position of JPY.

I will continue to buy on dip stance about EURUSD and AUDUSD in this week, but today we should be careful about re-balancing at the end of the month. 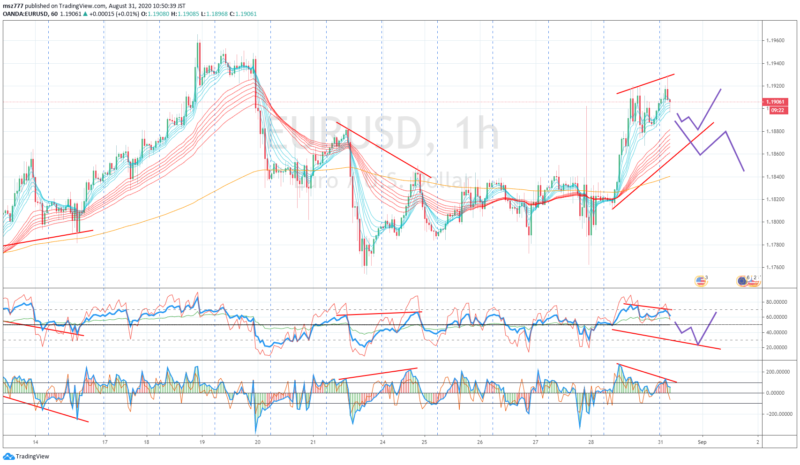 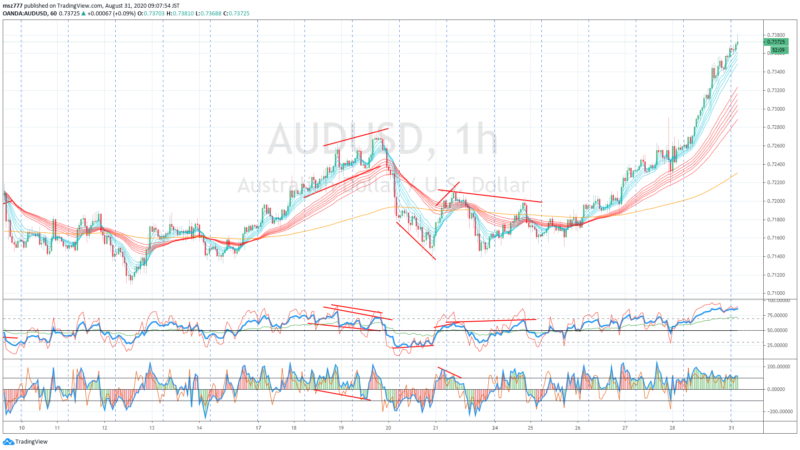 Trade Idea Good morning. US stocks last Friday was in a slight decline in DJIA, while S&P500 and Nasdaq rose mod...

Trade Idea Good morning. Yesterday's US stocks were mixed, with DJIA fell and the Nasdaq rose. In forex market, r...

Trade Idea Good morning. Yesterday's US stock market was on a risk-on mood. The day before, President Trump's commen...

Trade Idea Good morning. Yesterday's USD was weak until the European market, but in the US market, the ISM Manufactu...
Sponsored links
Divergence Trade Strategy (5) Why hidden divergence implies continuation of trend?
Best forex indicators: CCI (1) Why CCI is the most powerful indicator
Home
Trade Idea