Many forex brokers are now able to trade Chinese currency “Yuan” or “RMB”. (For example, USD/CNH or CNH/JPY). 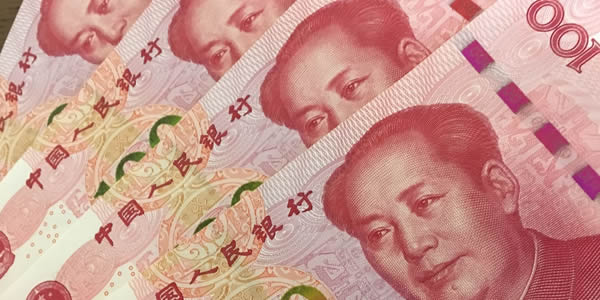 Onshore Chinese (CNY) and Offshore Chinese Yuan (CNH) are not actually different currencies. The currency is the same, but the exchange rate is different.

Although Chinese Yuan denominated trade settlements were not allowed, in July 2009 Chinese authorities allowed Chinese Yuan trades between companies in some countries, such as Hong Kong, and licensed Chinese companies. After that, deregulation was gradually implemented, and “Offshore Chinese Yuan (CNH)” was established, which allows transactions outside of mainland China such as Hong Kong and Singapore.

On the other hand, there are no exchange rate fluctuation restrictions for offshore Chinese Yuan (CNH).

Regulatory history of onshore Chinese Yuan (CNY) is as follows.

It is enough to know the above-mentioned domestic regulations for the onshore Chinese yuan (CNY) as a reference.

In conclusion, the most important point to understand is that the Chinese Yuan (CNH) is a “risk currency.”

In this sense, the Chinese Yuan (CNH) is a currency that is closer in nature to the Australian dollar (AUD) and more directly reflects Chinese risk than the AUD. In particular, it is necessary to pay attention to Chinese stocks, business sentiment in China, and intensifying US-China conflict.

The long-term chart of the USD/CNH with Shanghai Composite Index (weekly basis: from 2013 to 2020) is shown below.

The candlestick is a weekly chart of the US dollar (USD/CNH), and the blue line chart is the upside-down of the Shanghai Composite Stock Index (down means rising stock price, up means falling stock price).

As for CNH, we must recognize those 2 basic matters as follows.

We believe that the Chinese Yuan will obviously become stronger in the long run as the power balance in the US and China changes and long-term decoupling in the US and China. However, especially until the US presidential election in November this year, the market will be shaken by the news of the intensifying US-China conflict, so be careful of the long of Chinese Yuan (USD/CNH short and CNH/JPY long).
In addition, all currencies in developed countries have become low interest rate currencies including the US dollar after the Corona Shock, but the Chinese Yuan interest rates are still relatively high.
However, it had better not only focus on the high swap interest rate on the Chinese yuan, but also understand the total risks of Chinese Yuan.
Also, it is necessary to pay attention to the trends of the “Digital Chinese Yuan”.

Regarding the Chinese Yuan, I would like to analyze deeper in the next articles.

In Woodies CCI patterns, The ZLR pattern is a strategy to focus on the timing in which the CCI line temporarily returns to the zero line direction opposite to the trend, or after crossing the zero line, to return to the original trend direction. It is an easy-to-understand strategy of "buy on dips" or "sell on rally".

Divergence Trade Strategy (3) Why we delay being aware of occurrence of divergence?

In September 2020, with the fall of US stocks from the beginning of the month, most currencies fell against USD, and it can be seen that the upward trend after the pandemic plunge was modulated and the adjustment phase continued. All currencies other than JPY have fallen against USD in last month. However, at the end of the month, there are signs of a reversal rise as US stock market reversal.